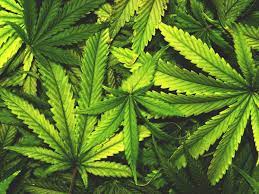 China produces approximately 70 percent of the world's output of this textile. France is the next largest producer of this crop followed by Austria, Chile, and the United Kingdom. In all, over 30 countries around the world produce industrial hemp.

The USDA estimates that U.S. 2021 hemp production totaled $824 million. This includes hemp for all utilizations. According to textileexchange.org, hemp is a bast fiber. That means the fiber-producing part of the plant is made up of strands that run its length and surround the woody core of the stem. It has a deep root system which helps to reduce soil loss and is useful in many different crop rotations.

This dynamic emerging industry is where finance and nature meet. The purpose of Conservation Finance is to preserve nature and its intrinsic ecological attributes and eco-system services. The goal is to raise and manage capital to support land, water, and resource conservation.

Valuable landscape resources left to traditional developers could be heavily degraded. While this can serve a profit purpose in the short term, the long-term environmental assets are less capable of delivering water, clean air and healthy vegetation for wildlife and for carbon capture.

The Price of Carbon 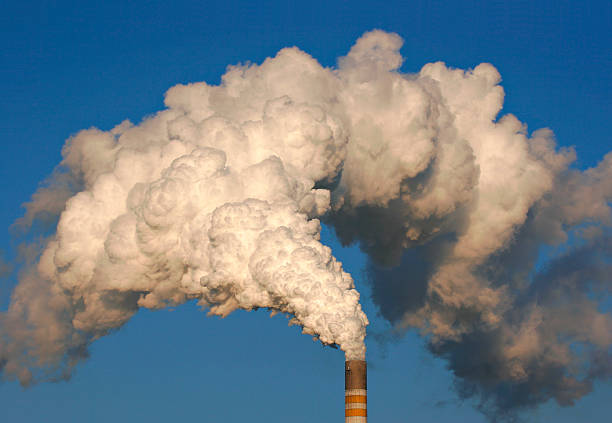 Carbon Dioxide (CO2) is emitted around the globe. Efforts to stem CO2 have been contentious and significantly unsuccessful.

A report by the International Monetary Fund (IMF), dated June 2022, illustrates this point. 2020’s 4.6% drop in global greenhouse gas emissions was a pause in an otherwise powerful upward trend. This drop was due to lockdowns during the pandemic.

We saw an increase across all sectors in 2021, to levels higher than pre-pandemic. There are many potential solutions. Placing a price on carbon is one, but no formal global market exists; and no definitive legislative mandate is certain. 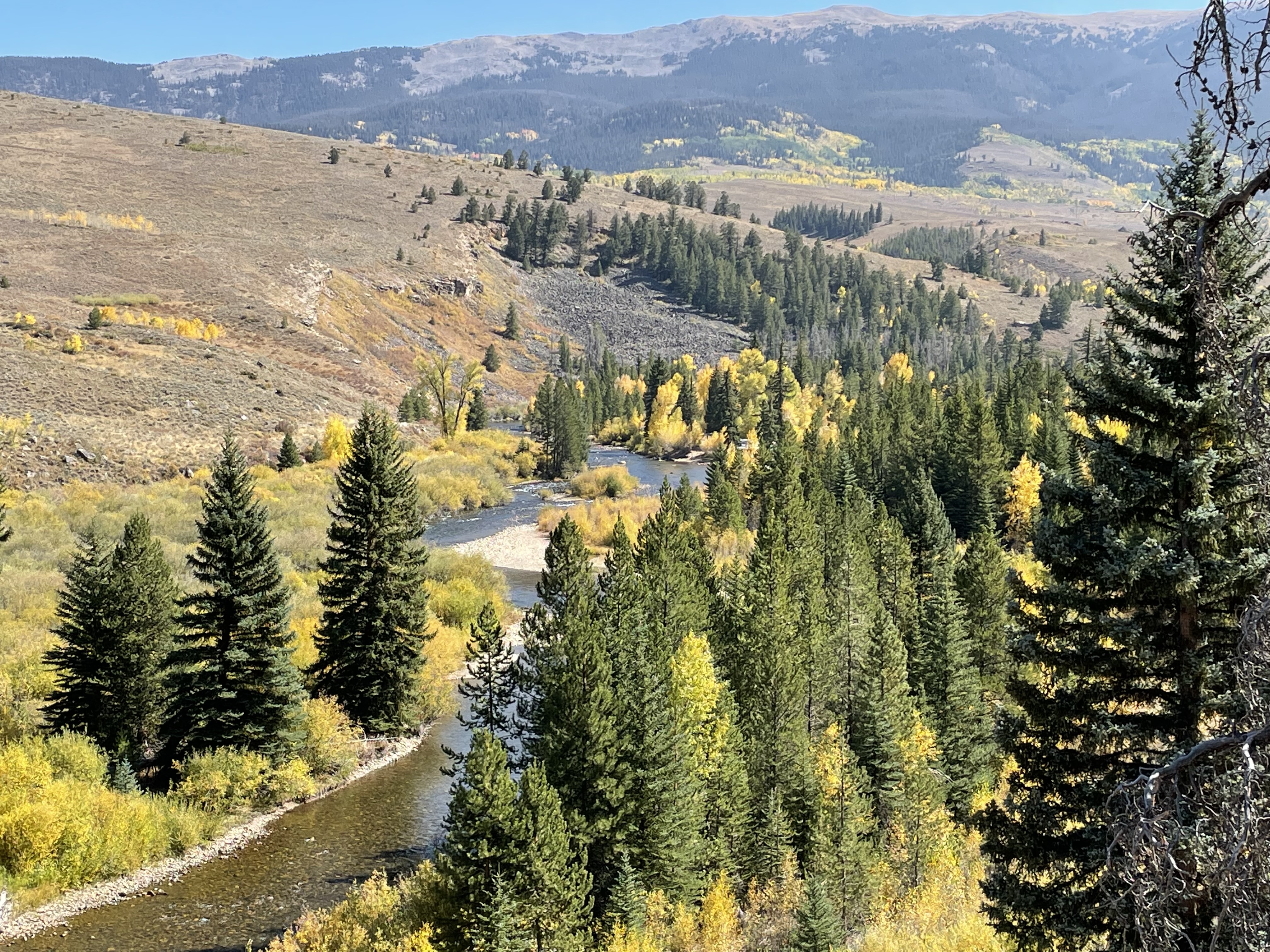 I think of forests and natural wonders mainly in terms of public land. Here in Summit County, CO the amount of forested public land managed by the United States Forest Service (USFS) is approximately 80%. That is higher than the overall percentage across Colorado.

According to the Colorado State Forest Service (CSFS) “Approximately 65% of Colorado’s forests are in federal ownership; the primary land manager is the U.S. Forest Service with 47 percent or 11.3 million acres. Nearly three-quarters of the state’s high-elevation species such as spruce-fir, lodgepole pine and aspen are located on USFS lands. The Bureau of Land Management oversees an additional 17 percent or 4.2 million acres, primarily in the state’s lower elevation piñon-juniper and oak shrubland forests. The National Park Service has responsibility for 380,925 acres or 2 percent of Colorado’s forests; most of these lands are within the borders of Rocky Mountain National Park.” 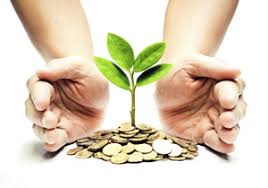 The last few weeks presented a few surprises on Capitol Hill. Within the last month and a half many believed that a deal was in the works for the Build Back Better Act with negotiations within the Democratic party being vigorously pursued. Seemingly, at the last hour, all was lost despite those apparent laborious negotiations with disappointment expressed by many who worked to advance this for many reasons including work on the environment and combating climate change.

Then in a surprise to many not privy to inside discussions, the Inflation Reduction Act was created. It remains to be seen if it will truly reduce inflation in part because there are many components of calculated inflation that in some ways are beyond the control of legislative action.

It does reinvigorate enthusiasm and action on the climate front at a cost. According to the Committee for a Responsible Federal Budget website, it calculates a cost for the energy and climate piece at roughly $386 billion. Tax credits for clean electricity, clean manufacturing, and clean fuel are main beneficiaries. These climate investments will be paid for with revenue from a 15% minimum corporate income tax. 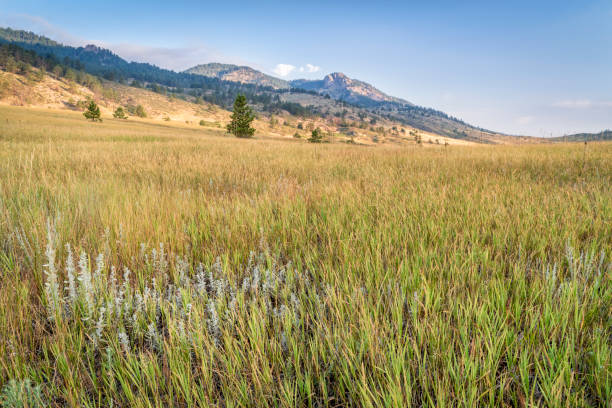 The findings in Section #2 of the summary substantiate the need for this bill. “Grasslands, including sagebrush shrub-steppe systems, are some of the most threatened ecosystems in the world. These ecosystems are working lands that are critical for rural economies, carbon sequestration, and wildlife habitat but are at risk from fragmentation, invasive species, catastrophic wildfire, and degradation. As these ecosystems decline, the country has lost more and more grassland ecosystem wildlife, particularly grassland and sagebrush birds.” 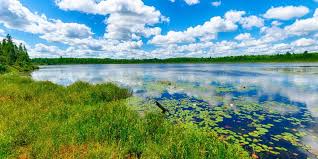 Wetlands.org, considers wetlands to be the “unsung heroes” in the fight against climate change. They just penned a white paper supporting the idea wetlands can be pivotal in achieving global warming targets as well as increasing biodiversity.

“Wetlands store almost a third of global soil carbon, and support 40% of global biodiversity, despite covering just 6% of the earth’s surface. Sadly though, wetlands are disappearing three times faster than forests, with 35% of wetland ecosystems lost since 1970.” (Wetlands International)

We love our beautiful high elevation wetlands here in the Rockies. Globally, they come in many types. “Mangrove forests, for example, get less publicity than tropical forests, even though the destruction of mangrove ecosystems results in 10% of total CO2 emissions from deforestation globally.” (Wetland.org)

A mangrove is a shrub or tree that thrives in tropical or sub-tropical coastal regions enjoying the saline water environment. They are the only tree species according to Conservation.org that can survive in salt water. They don’t like freezing temperatures, which is why they are found mainly in south Florida. 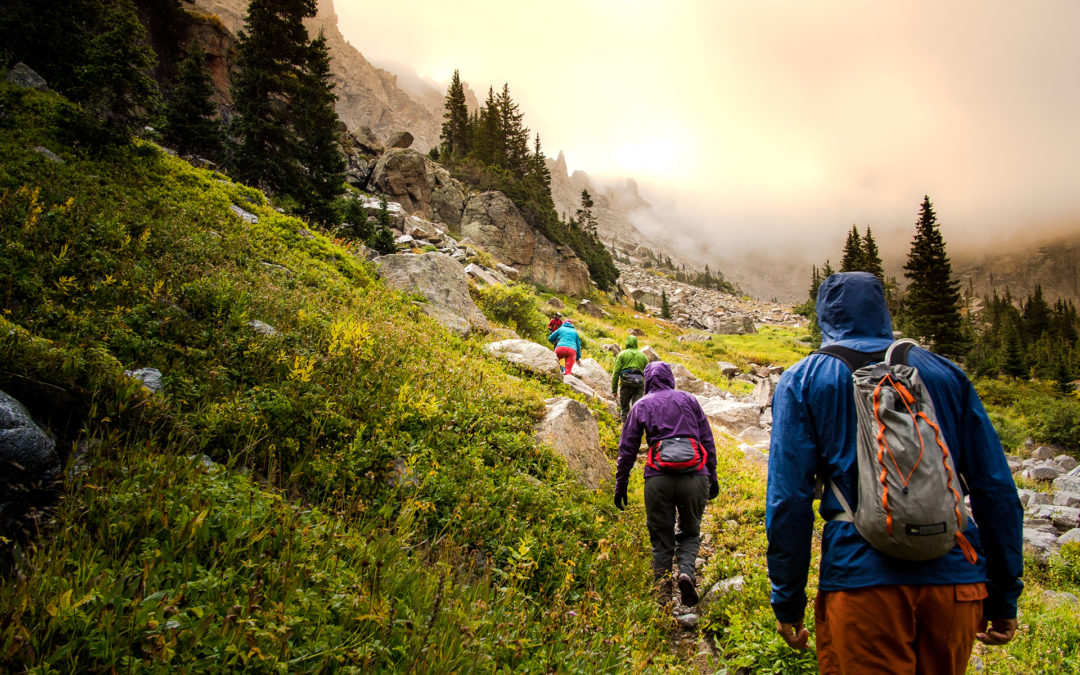 Saturday June 4th marks the 30th National Trails Day, originally founded by the American Hiking Society. It is a day that means a lot to me. My time in Summit County began volunteering with stewardship groups for day and overnight trips repairing trails that provide us so much connectivity to nature.

The trails I roam continue to provide me with the path toward greater awareness of our eco-system with all its beauty and power. A few of the trails meander by the magnificent cabins in the Summit Huts system. Volunteering at over 11-thousand feet above sea level provides even more time for appreciation and exploration of the unique natural assets here in the region.

I began to wonder, what is really beyond the trail where most of us spend our time in our outdoor pursuits? It turns out there is a wonderous system out there. This forested watershed is both the Dillon Ranger District and the Blue River Watershed.

Sagebrush in the West

Sagebrush covers massive tracts of land in the west and Canada. According to the Intermountain West Joint Venture, it used to cover 247 million acres in the US, though now it is about half that.

The plant is alive year-round which is important for the sage-grouse as it depends on it for 100% of its winter diet. It also functions as a nurse plant for other plant species, including important livestock forage plants.

Corporate Progress on Climate and Water 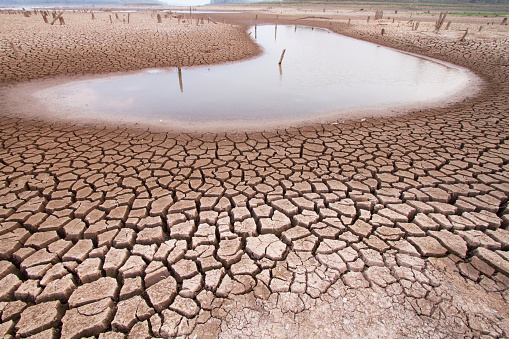 Water scarcity is a risk many people and organizations take too lightly, particularly in the West, where we are experiencing megadrought with little end in sight.

A group of climate scientists from UCLA, NASA and Columbia University as recently as 2018 and 2019 studied, among other statistical data, tree rings to help determine soil moisture. They found soil moisture deficits have doubled in the last 22 years.

That does not bode well for many reasons. Landscapes are less drought resilient and more prone to scarring wildfires. The condition perpetuates itself as water flows off, carrying more sediment and leaving parched earth behind.

We all use water as a valuable resource. So do businesses and corporations. I thought I would take a look into the water risks of the corporate world.

As you Sow (https://www.asyousow.org) is a non-profit based in California that does a lot of work on environmental, health and climate change issues. Shareholder advocacy is one tool they utilize and have been reasonably successful.

Why Are Riparian Zones So Important to our Ecosystem? 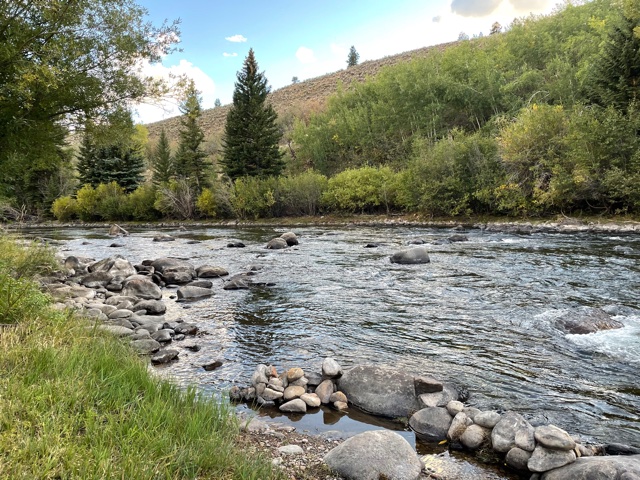 Healthy riparian zones serve to capture carbon and thus contribute to fighting global climate change. They are the areas bordering rivers and other bodies of surface water. They provide many environmental and recreational benefits to streams, groundwater, and downstream land areas. Groundwater is usually found at shallower depths in riparian zones than in the surrounding landscape. These areas are visually defined by a greenbelt with a characteristic suite of plants that are adapted to and depend on the shallow water table.

Status of the CORE Act

Camp Hale and the Continental Divide
Photo by: Mason Cummings, The Wilderness Society

The Colorado Outdoor Recreation and Economy Act (CORE) is a bill that was introduced by Senators Michael Bennet and John Hickenlooper and US Congressman Joe Neguse. It would ultimately protect up to 400,000 acres of public land.

The bill expands wilderness designations for more than 31,000 acres of wilderness, including some of the state’s most recognizable mountain scenes encompassing two fourteeners: Mount Sneffels and Wilson Peak in the San Juan Mountain Range in Southwest Colorado. I went on a hut trip in the area last winter and it was truly magnificent. Check out the San Juan Hut system for an awesome adventure.

Closer to home is the Continental Divide and Camp Hale piece of this legislation. Holy Cross, Ptarmigan and Eagles Nest Wilderness would tack on 20,000 acres collectively. In addition, Camp Hale where the 10th Mountain Division trained during World War Two would be the first designated historic national landscape. 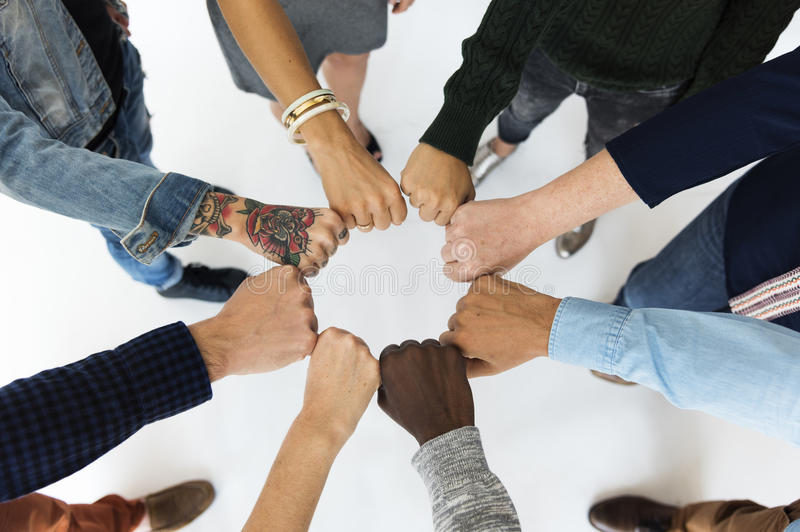 President Biden’s Executive Order to protect 30% of our land and water by 2030 has been on the table for months. However, many details including funding and land conservation classifications are unclear. Twenty-six percent of our water is currently protected, though only about 12% of our land is officially conserved by federal estimates.

"To achieve the America the Beautiful framework, we are doing it one lands package at a time," Colorado Congressman Joe Neguse said last month at an event organized by the Conservation Lands Foundation. He pointed to H.R. 803, the "Protecting America’s Wilderness and Public Lands Act," approved on a largely party-line vote (E&E News PM, Feb. 26). That package would establish nearly 1.5 million acres of new wilderness areas and incorporate more than 1,000 river miles into the National Wild and Scenic Rivers System in Arizona, California, Colorado and Washington state. 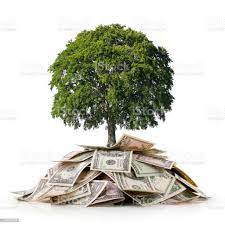 The future holds promise for our environment, though significant challenges remain. The UN says up to $3.8 trillion is needed annually until 2050 to prevent an irreversible devastating rise in global warming.

Encouragingly, climate investment grew in 2018 to $546 billion according to the Climate Policy Initiative (CPI). Research from the non-profit Climate Disclosure Project (CDP) finds that emissions attributed to banks’ investing and lending activities are 700 times larger than emissions from banks themselves.

It is now more important than ever that we each seek out the greenest financial institutions. Ask about their sustainability initiatives and if they intend to increase their green lending portfolio. Your mutual fund probably holds stock in several banks, so ask your financial advisor what they are doing to help combat global warming.

State of the Planet 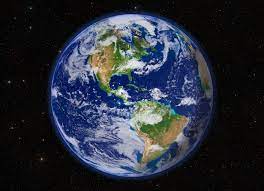 “The G20 members... are now spending 50 per cent more on sectors linked to fossil fuel production and consumption, than on low-carbon energy.” That's according to the December 2020 Climate Action team at the UN. They explored G20 rescue packages in the depths of the Covid pandemic. The team concluded it was the time to act boldly, but in a constructive way that would heal the planet productively.

I'm encouraged, more than 124 countries have committed to become climate neutral by 2050. The European Union, United Kingdom, Canada, Australia, Japan and the Republic of Korea are included. I expect the EU will reduce its emissions to at least 55 percent below1990 levels by 2030.
(https://www.visualcapitalist.com/race-to-net-zero-carbon-neutral-goals-by-country/)