Safe passage’s for wildlife crossings have been an ongoing priority of Friends of the Lower Blue River. We are committed to actively working on the Summit County Safe Passage Plan with USFS, CDOT, Parks and Wildlife and the Dillon Ranger District to establish a site for a wildlife overpass in the Lower Blue Valley. To stay updated on this project, here is the Google Drive link for the Summit County Safe Passage’s for Wildlife.

This is why we need wildlife crossings 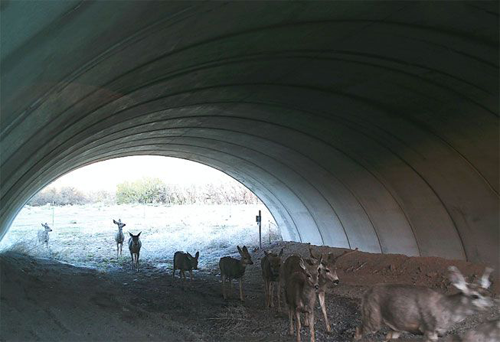 Colorado's wildlife overpasses and underpasses are keeping both animals and drivers safe, according to the Colorado Department of Transportation (CDOT). That's something we can all appreciate.

There are 30 such passages throughout the state, with two that cross a highway.

"They're extremely important,” Jeff Peterson, wildlife program manager for CDOT, told the Denver Post. "When you get into conflicts with wildlife, that raises the issue."
Safer roads for all

Statistics obtained by the CDOT showed that from 2006 to 2016 on U.S. Highway 160, in the area between Durango, and Bayfield, drivers and animals collided 472 times. Many of those incidents involved mule deer. 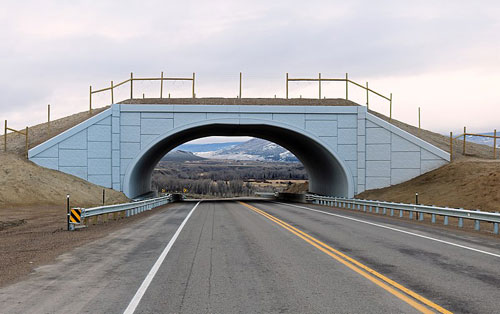 The sun was warm as we gathered on Vail Pass last July. Paige Singer, a biologist for Rocky Mountain Wild, and Lisi Lohre, Citizen Science intern for the Denver Zoo, handed out hardhats and bright orange vests to the three volunteers before we piled into an SUV. We drove to a spot between Copper Mountain and Vail Pass, and parked on the shoulder along westbound Interstate 70, near where a number of motion-triggered cameras had been placed in the spring.

Our first stop, a 20-minute walk just about straight uphill, led us to a camera mounted on a narrow pole. Singer and I unlocked the camera, recorded the data, replaced batteries and removed the memory card containing the photographs, inserting an empty one. In total, about 10 cameras were visited that day.

A County-wide Connectivity Plan for Wildlife 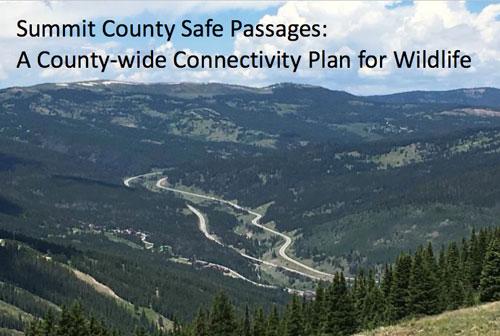 The Summit County Safe Passages Plan identifies areas for wildlife movement across Summit County and, specifically, the need for wildlife to move across highways. This plan was created by agencies, local governments, non-profits, community groups and other interested parties to provide a common vision and guidance for protecting wildlife movement corridors across jurisdictional boundaries. As such, it is a resource planning tool to support the integration of wildlife movement needs into transportation projects, land use and land management in Summit County. This plan identifies priorities and opportunities, and is designed to be a reference to help decision-makers identify tradeoffs for balanced decision making.

Download the plan here:
A County-wide Connectivity Plan for Wildlife 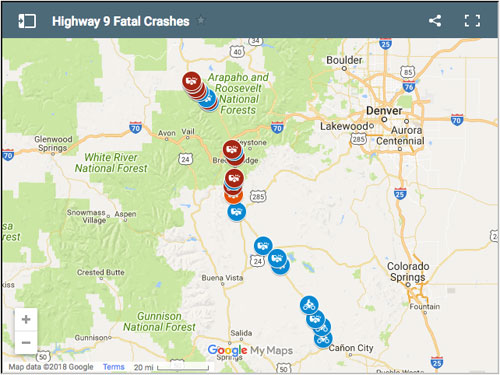 A short section of Colorado Highway 9 between Silverthorne and Kremmling has been the deadliest stretch of the 140-mile highway in the past decade, according to Colorado Department of Transportation data.

There were nine fatal crashes on just 10 miles of highway north of Green Mountain Reservoir and along its eastern side between 2006 and 2015, the latest years of data CDOT could provide.

Colorado State Patrol spokesman Colin Remillard suggested that a combination of topography and higher speed limits made that area a hot spot.