A Hike to Janet’s Cabin 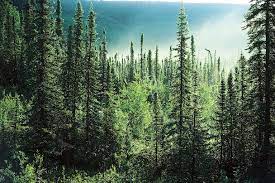 Recently, I had the opportunity to stay at one of the magnificent Summit County Huts. The journey began at a Summit Stage stop in Frisco near the post office. The ride as always is free to guests and 15 minutes later I disembarked at Passage Point Copper Mountain.

The group of volunteers gathered, then made our way up the Colorado Trail about 5.5 miles to Janet’s Cabin. The forest was reasonably plush, as it had been raining and at 11,000 feet. Dead lodgepole pines were not in sight. It even snowed in the evening and the next chilly morning. The outing provided the perfect get away to think about the daunting environmental issues here in the region and beyond.

Forests can be a magnificent ally in our seemingly indominable fight against global warming. Many though, as you know, are burning off millions of tons of carbon severely impairing our natural assets.

An Inside Climate News July 14th article by Georgina Gustin is disturbing. It shows new data that the Amazon forests are now net emitters of carbon. They are long held as biodiverse Green House Gas Emission (GHG) sinks. This change does not bode well for global warming trends.

An August 2019 article from NASA describes the significance of the Boreal Forests. “Boreal forests are in the northernmost regions of North America, Europe and Canada, and contain spruce, fir, pine, larch, aspen and birch trees. These forests store 30 to 40 percent of all land-based carbon in the world and most of that carbon is found in the soils. Soil-based carbon includes soil microbes; plant material made up of dead leaves, branches and stems; and both living and dead roots, as well as burned material from previous fires.” The deep stored carbon deemed legacy carbon is also more at risk according to researchers as wildfires become more frequent and severe.

Closer to home, the Colorado River Basin continues to be at risk in these warming times. Western Resource Advocates out of Boulder has developed a ten-point Climate Resiliency Study with a focus on water and carbon. It ranges from regenerative agriculture to forest health prescriptions. Basically, we truly need to take much better care of our natural resources.

As I work toward these goals for our region, I inevitably will need a little break and head back up to Janet’s Cabin to develop our collective strategies for the Dillon Ranger District, the Blue River Valley and beyond.