Fungi Could Change The World: From an article by Mitchell P. Jones 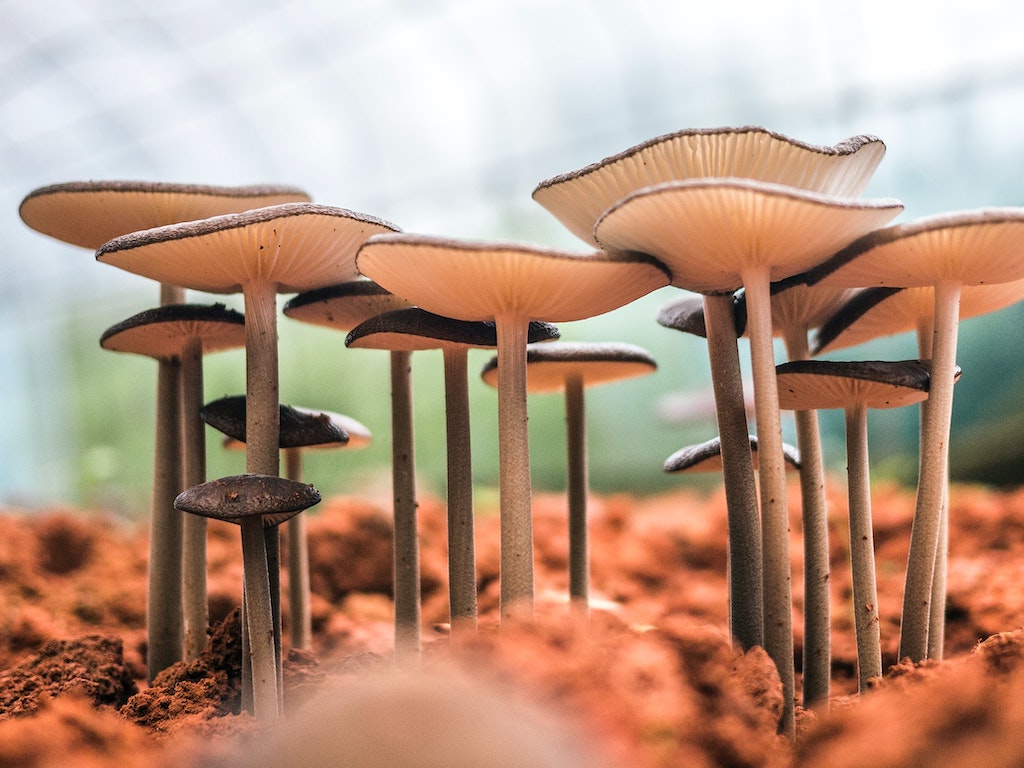 Fungi — a scientific goldmine? Well, that’s what a review published in the journal Trends in Biotechnology indicates. You may think mushrooms are a long chalk from the caped crusaders of sustainability. But think again.

Many of us have heard of fungi’s role in creating more sustainable leather substitutes. Amadou vegan leather, crafted from fungal-fruiting bodies, has been around for some 5,000 years.

More recently, mycelium leather substitutes have taken the stage. These are produced from the root-like structure mycelium, which snakes through dead wood or soil beneath mushrooms.

You might even know about how fungi help us make many fermented food and drinks such as beer, wine, bread, soy sauce and tempeh. Many popular vegan protein products, including Quorn, are just flavored masses of fungal mycelium. But what makes fungi so versatile? And what else can they do?

Fungal foams are becoming increasingly popular as sustainable packaging materials; IKEA is one company that has indicated a commitment to using them.

Fungal foams can also be used in the construction industry for insulation, flooring and panelling. Research has revealed them to be strong competitors against commercial materials in terms of having effective sound and heat insulation properties.

Can mushrooms mend the environment? Fungi could play a huge role in sustainability by remedying existing environmental damage.

For example, they can help clean up contaminated industrial sites through a popular technique known as mycoremediation and can break down or absorb oils, pollutants, toxins, dyes and heavy metals.

They can also compost some synthetic plastics, such as polyurethane. In this process, the plastic is buried in regulated soil and its byproducts are digested by specific fungi as it degrades.

These incredible organisms can even help refine bio-fuels. Whether or not we go as far as using fungal coffins to decompose our bodies into nutrients for plants — well, that’s a debate for another day.

But one thing is for sure: fungi have the undeniable potential to be used for a whole range of purposes we’re only beginning to grasp.

It could be the beer you drink, your next meal, antibiotics, a new faux leather bag or the packaging that delivered it to you — you never know what form the humble mushroom will take tomorrow.