In Kawuneeche Valley, Beavers Are on the Return 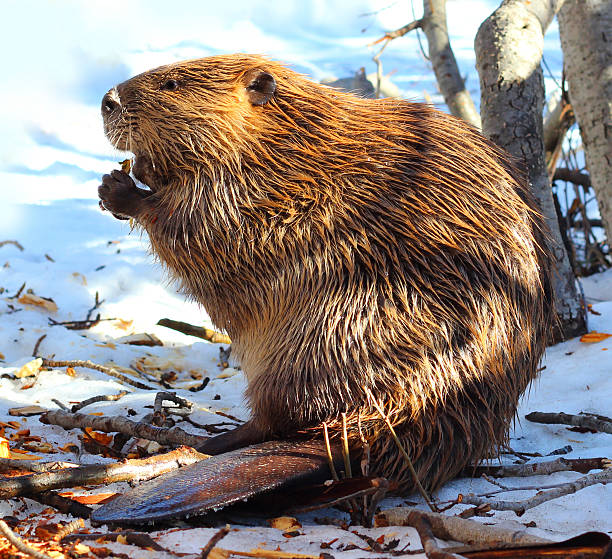 The hundreds of thousands of visitors who visit the Kawuneeche Valley of Rocky Mountain National Park each year enjoy the valley’s picturesque meadows and forests beside the winding Colorado River, with elk and moose abundant. What many may not know is that the valley was once home to a thriving beaver population, whose efficiently built dams kept the area covered by water.

Beavers are more than furry animals that love to swim, said Koren Nydic, Chief of Resource Stewardship at RMNP. “Beavers are ecosystem engineers. They raise the water table and connect the river with the floodplain.”

Nydick is responsible for overseeing work on natural and cultural resources, fire management, and more. She is also a member of the Kawuneeche Valley Ecosystem Restoration Collaborative (KVERC), whose mission is to restore the valley to its natural, wetland state. One facet of this mission is bringing back beaver

“We depend on beavers for a lot of ecosystem services…they’re a key element in creating this wetland ecosystem with high biodiversity,” Nydick said, explaining that near the headwaters of the river, the valley once supported a variety of plant and animal life.

The area was once a lush combination of riparian wetlands and wet meadows, with subalpine forests along the edge. However, human intervention changed this over time, chipping away at the beaver’s habitat.

Now, the valley is sometimes referred to as a savannah, Nydick said. “People say there aren’t savannahs in the park, but “we’re experiencing a biome shift from a wetland ecosystem to a dryland ecosystem.”

Nydick explained there have been a number of impacts that dried out Kawuneeche Valley over the centuries. Native Americans, particularly the Ute tribes, lived there for thousands of years. When the tribes were moved onto reservations, fur trappers crowded the area, killing much of the beaver population.

Ranchers sped up the beaver’s loss of habitat by planting non-native grasses, pulling willows and creating ditches to irrigate certain areas. One example is the Grand Ditch, created in the late 1880s. This left less water for the valley, and made it prone to sediment from breaches of the structure.

Humans then introduced wildlife that negatively affected the valley. Just before RMNP was established, the U.S. Forest Service brought in a group of elk from Yellowstone National Park.

These were “naive to the park,” said Nydick. “They were plopped down in this lush ecosystem…it was a green grocery store for them. Their main predators were gone, so their populations grew. They ate the willow and aspen, and those are the building blocks for beaver.”

On top of this, humans also introduced moose to Grand County. Moose, so emblematic of the area, are not native.

“There’s no evidence they had reproducing populations here, even though you’ll find them all over storefronts in Grand Lake!” Nydick said. “They really like Kawuneeche Valley, and they really like eating the willow.”

As these factors converged, the valley’s ecosystem engineers disappeared. And with that went their ability to improve water quality. This further deteriorated the habitat, and then natural disaster hit in October 2020, with the East Troublesome Fire.

For the full story:      https://www.skyhinews.com/news/in-kawuneeche-valley-beavers-are-on-the-return/