The Quest for Healthy Soil 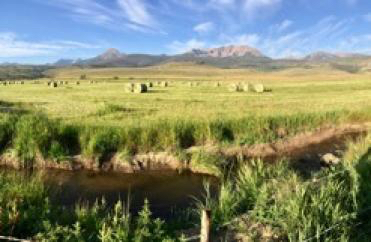 As a kid in Milwaukee, WI, my parents encouraged me to play outside and in the dirt. The backyard and all the beautiful parks were fair game and after an adventurous day getting dirty, I felt healthy and energized waiting to do it all again. Little did I know at the time how powerful and dynamic soil really is for us.

It is so important that archaeologists have determined the demise of many sophisticated civilizations, such as the Mayans of Central America and the Harappan of India, resulted directly from the mismanagement of their soils. (Soil Science of America)

According to soils.org, there are more living organisms in one tablespoon of soil then there are people on earth!!!

It provides clean water for our nation and if it is healthy, resists against drought. That is becoming more of a challenge for the drought-stricken West. Our soil will need to saturate this spring, limiting runoff to streams and rivers.

This has negative implications for aquatic life, ranching and could induce water restrictions and heighten the risk of wildfire. Last season’s fires reminded us that human life and health are significantly impacted by these developments.

In a major wildfire the soil can be severely scarred and that will lessen its ability to filter pollutants, and to store carbon to combat climate change.

The soil we played in as kids, is as important today as it was when we were growing up. Reducing our carbon output and investing in healthy soil programs here in Colorado are paramount to taking care of one of nature’s greatest allies.